The Bulgarian Clarinet School, established more than seventy years ago, has gained methodical experience, has prepared a rich note material and has formed its own, genuine approach to the existing musical tradition.

Founder of the Bulgarian Clarinet School.

He was the first to introduce in Bulgaria the clarinets from the Böhm system and on its basis he builds up an original Bulgarian method of clarinet training, for which he creates the necessary music fundamentals. His method is underpinned by several other national schools.

Award winner of the international clarinet contests in Geneva, Budapest and others.

The first Eastern European professor invited to be in the Grand Jury of the Clarinet Competition in Geneva.

Prof. Sava Dimitrov  premiered a number of works, dedicated to him by Bulgarian and foreign composers. 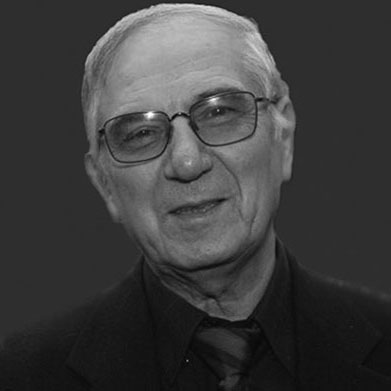 His teacher “in everything” was Prof. Sava Dimitrov, the founder of the Bulgarian Clarinet School.

As a student at the Bulgarian State Conservatory, Petko Radev won multiple First Prizes at some of the biggest international and national competitions:

In 1974 Petko Radev won the Principal Clarinet Position in the World famous opera orchestra La Scala in Milan, Italy where he worked for 10 years until 1984. Upon his return to Bulgaria, he continued his creative work as a Principal Clarinet of the Sofia Philharmonic Orchestra and as a Professor of Clarinet at the National Academy of Music in Sofia.

Dimitar Dimitrov graduated the Bulgarian State Conservatory in Sofia in the Clarinet Class of Prof. Sava Dimitrov. He has specialized clarinet in the Conservatoire de Paris with Professor Julis Deleclusz and chamber music with Professor Pierre Sancan.

Since 1991 he has been a professor at the National Academy of Music. He is the author of a study material for teaching future clarinetists.

He was the leader of  the wind instruments group and a soloist of the Sofia Philharmonic Orchestra.

A founding member of the European Union of Clarinetists in Libramon, Belgium, and a guest professor at the International Summer Academy in Dol de Bretagne in France. He founded a chamber ensemble with Prof. Jacques Janty, pianist at the Conservatory of Brussels, Prof. Kodi Toyoda, violinist, Rector of the Tokyo Conservatory, and the soloist of the Paris Octet  Prof. Paul Buifil.

He was a soloist of all Bulgarian symphony orchestras. There are recordings of his performances in many European radio stations.

TRADITIONS AND ACCOMPLISHMENTS OF THE BULGARIAN CLARINET ACADEMY

The development of the Bulgarian Clarinet academy shows that the attempts to build up a reliable and strong upstanding system for the preparation of professional musicians in the clarinet department is absolutely successful.

This can be seen in the realization of the substantial number of students who studied in it and later on developed themselves in their home country and abroad. Among the prominent lecturers in Bulgaria are Dimitar Boyanov, Ilia Iliev, Ivan Germanov, Hristo Kozhuharov, Dimitar Stoyanov, Ara Hugasyan and  Dancho Radevski. There are also many reputable pedagogues abroad like Alexander Varbanov in Germany, Alexander Antonov in Portugal, Atanas Kolev in Egypt, Angel Katrinov in Tunisia, Kozma Papadopoulos in Greece, Vanguel Tangarov and Ilia Iliev both  in the USA.

Petko Radev is among the most ingenius representatives of the academy. He has been a first clarinet artist and soloist in the orchestra of La Scala in Milan for more than a decade.

The numerous awards that Bulgarian clarinettists receive at international music competitions are also part of the recognition of the methodology and the quality of the training.

For instance,  the very first performance of Petko Radev at such forum brings him the first award- in Bucharest in the year 1953. Later in 1957 he wins the first place once again but this time in Geneva at one of the most prestigious competitions in the world.